Mayors, governors and leaders have all sorts of “experts” telling them how to make cities smarter.

All of this information is time intensive and challenging.

Messages are often heartfelt and relevant, but some are motivated by commercial interests.

Researchers at CTG UAlbany have focused on these questions and are providing city leaders, with new tools to use when considering those views.

Here we have identified key lessons that we believe will help Mayors navigate the complicated and dynamic environment of smart cities.

Lesson 1: A city needs to make sure its computer systems are interoperable – or at least open to sharing data.

While the cost of handling 311 telephone calls have reduced the number of new telephone-only based systems, the 311 experience has provided lessons on providing better service to city residents.

But most single points of entry for citizen service, like 311 or websites, make clear the lack of integration across government agencies. Complex technology that doesn't work together only adds to traditional human problem of bureaucratic silos. 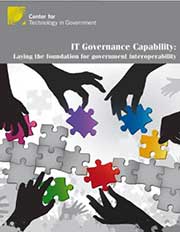 Mayors sometimes feel that their government has a choice of either an integrated monolithic enterprise system or living with dozens of individual isolated systems. In reality, there are many more choices. Data can be shared between systems. There are many layers of sharing from batch transfers to real-time interoperability through various programming interfaces.

Integrating computer systems in the back room is just as important as providing a single interface facing the citizen.

If there is better integration of back-end systems,  services can be delivered in a variety of ways – 311, phone, web, apps and more.

Lesson 2: Simply building just a system for citizen services will not likely succeed in larger goals of creating a smart city

As one report states:

“A smart city is not only a technological concept but a socioeconomic development one.

Technology is obviously a necessary condition for a smart city, but citizens’ understanding of the concept is about the development of urban society for the better quality of life. 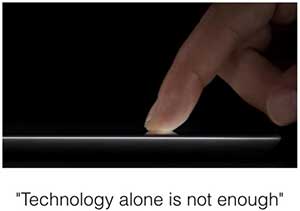 The adoption of up-to-date technologies per se does not guarantee the success of smart city initiatives. Rather, innovation in management style and policy direction makes a city more livable.

Success of smart city projects is not determined by technology or technical capital. Success is dependent on leadership and interorganizational coordination.

Technology itself does not make any contribution to innovation.”

Instead of making a smart city initiative merely a question of technology, mayors need to focus on the leadership, policy, institutional, socioeconomic factors that bring about a better quality of life for a community.

These factors also lead to the innovations that are necessary to create a smarter city.

This video from Mayor Ed Lee is about new projects.

Ultimately, the mayor of a truly smart city will provide a higher quality experience of living in that city.

Lesson 3: Government staff (people) can overcome the lack of integration of citizen-facing systems in government. 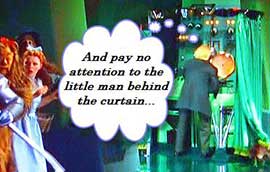 The 311 experience has illuminated the weaknesses of legacy systems and the frequent situation where the 311 software is not really connected to the systems that departments use to manage services. So often 311 becomes a cover for the disorganization behind the scenes.

In such cases, CTG UAlbany has found that well trained, qualified human agents can fill the gaps and give the citizen the kind of integrated service which is expected.

Government professionals and leaders find ways to overcome the limitations of systems that are not integrated. Mayors should not be fooled by how smooth an operation looks on the surface or how nice some data analysis might look.

What may seem to be a bright shiny new system may actually be functioning only because of a great deal of human intervention and physical transfer of data. The report that draws on data from multiple sources may have been pulled together by brute force.

Unfortunately, that often defeats the purpose of automating a task. Worse, it eventually wears down staff because they need to invest time and energy each time a request is made.

Lesson 4: Cities with successful smart city services did not do this all within their own agencies

Mayors need to understand that they have more tools than just paid civil service and contract agencies.

Many times governments feel that they must take on all the aspects of an initiative, when there are private and non-profit organizations, as well as individual residents, looking to play a role.

Most cities have a deep reservoir of talent and energy that the mayor can tap.

Moreover, the quality of life of a city’s residents includes their civic engagement and being part of the creation and delivery of public services helps people feel better about their experience.

Of course, that better experience translates into a better understanding of what the mayor is dealing with.

Volunteer neighborhood liaisons were also used to extend the reach of 311 and related services. The City’s Philly Rising initiative creates partnerships with community members to help with crime and quality of life issues.

Lesson 5: A mayor may succeed faster by facilitating informal networks of relationships for cross-boundary information sharing, rather than imposing cooperation through legislation and legal arrangements.

These complex relationships are both horizontal, across the city, as well as vertical, with other levels of government.

One clear example is health care, where depending upon the nature of the issue, some combination state and local (and sometimes Federal) health authorities must work together. In most places in the USA, there is a necessary interaction between county and city government. Often, as in the case of transportation systems, the city government has to interact with a regional authority.

So how do these various relationships work, as a practical matter?

“Expecting a great variety of benefits, governments around the world have initiated an increasing number of cross-boundary information sharing (CBIS) initiatives. Collaborating and sharing information in metropolitan areas is different from sharing within organizational hierarchies. Normally, government agencies in metropolitan areas are not subordinated to a single entity and their willingness to collaborate and share information is mainly motivated by common needs and interests.”

“Network organizations are an alternative to hierarchies because they are based on relationships, distributed knowledge, mutual dependency, and norms of reciprocity… Networks, in fact, can be an alternative to traditional bureaucratic and hierarchical solutions and e-government information integration can be a good example of that.” 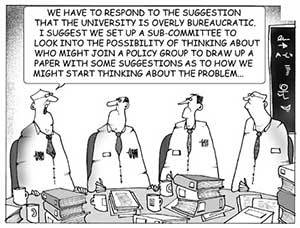 Lesson 6: The most critical role in the smart city ecosystem is the continuing role of the mayor. The mayor must provide consistent and visible leadership for a smart city across all agencies under his/her control and those the city has interactions with

"Despite important challenges, information integration initiatives can be implemented with relatively good results if there is enough political support from top government executives.

This work offers insights on how the support of the mayor can significantly influence the implementation of an information integration strategy in at least three different ways:

(1) the creation of an adequate institutional framework

(2) the alignment of diverse political interests within the city administration

(3) the increase of financial resources.”

These lessons may seem obvious once presented – but not so predictable before they are presented.

Indeed, it is also clear that not all of these lessons have been heeded in the smart city movement and the result has been much less than mayors have hoped for.