Libraries are offering new and innovative things that belie their historic image as silent places to read.

Local libraries are often thought of as places to check out books or engage in some silent reading. But libraries offer so much more than just what can be found on their shelves or done in hushed tones.

And, in some instances, libraries have become places to make some noise.

From laptops and 3D laser printers, libraries today are providing the public with access to new technologies and education. In our research project on public libraries in smart communities, in which I serve as the principal investigator, we found that a public library serves as an anchor institution for these communities. It is a role libraries can be expected to fulfill even more in the future as technology continues to evolve in new and fascinating ways.

Here are seven examples from throughout the country of libraries offering more than books.

The Westport Free Library in Westport, Connecticut – population of roughly 28,000 – has a Robot Open Lab where the public can learn how to program robots to respond to simple commands, catch and kick a small soccer ball and even dance. The library’s two robots, Vincent and Nancy, autonomous, programmable humanoid robots, arrived in September 2014. Since then, more than 2,000 people have learned how to program them. 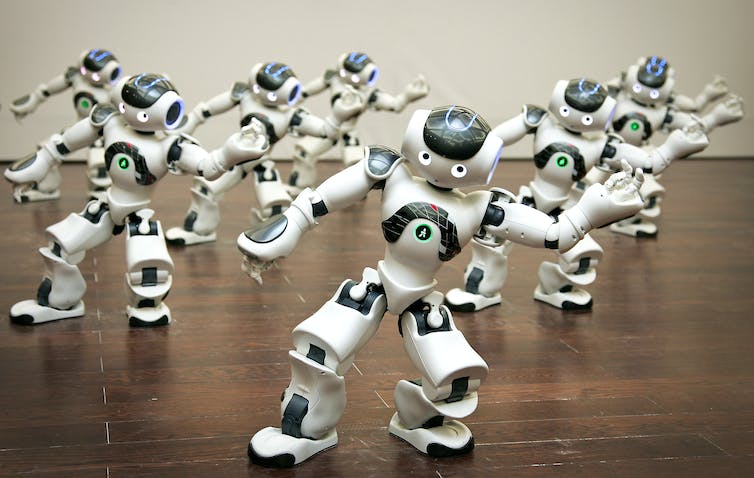 Wi-Fi for your home

For those who may lack the financial resources to buy Wi-Fi, libraries such as the Chicago Public Library offer Wi-Fi hotspot lending programs that allow patrons to access the internet from home. Some have collections of laptops, e-readers and MP3 players available for check out.

For instance, the 4th Floor in the Chattanooga Public Library in Tennessee is a 12,000-square-foot public laboratory and educational facility with a focus on information, design, technology and the applied arts. The library also has classes to teach citizens how to use the equipment.

The goal isn’t for every citizen to start their own new tech company, but to expose people to the technology as a matter of education and empowerment. 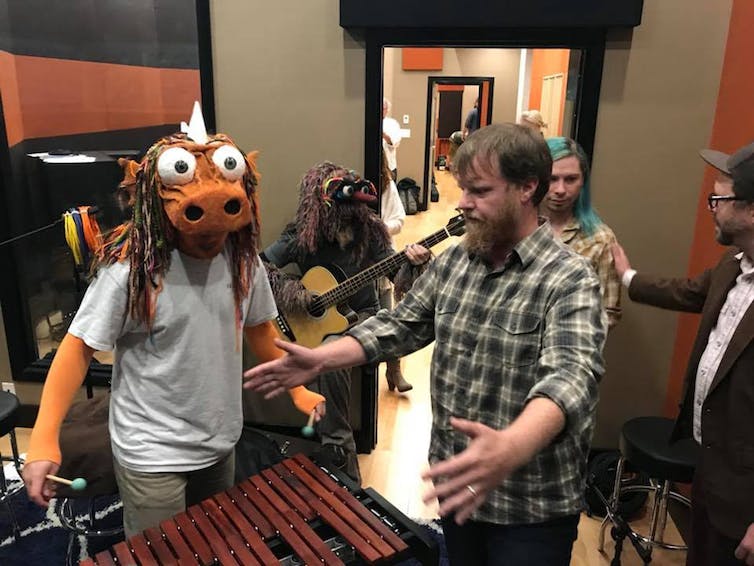 With a valid library card, a patron can reserve a three-hour session in the studio – which is filled with state-of-the-art recording studio equipment – to work on projects and learn the art of recording. A studio instructor is available to help inspire, educate and spark creativity.

For those who want to build and fix things, Chattanooga also has an extensive hand- and power-tool collection filled with hammers, wrench sets, drills and saws among many other tools. Cardholders who are 18 or older can check out up to three tools at a time for one week.

Some libraries serve as places to learn more about how to take advantage of open data – particularly since the January passage of the OPEN Government Act. The new law requires federal agencies to make the data they have on anything – from health to crime – available to the public by publishing it in a machine-readable format, such as an Excel file, that allows for use and reuse. The benefits of accessing these data include informed debate, better decision-making and the development of innovative new services.

Even with all of this technology, libraries are also places where the public can learn about and appreciate the unique and artistic sides of life.

The art gallery at the Hillsboro Public Library in Oregon opened in 2013 to serve as a community cultural space. Since then, the library displays local art for two-month exhibitions between November and August.

Since its first growing season in 2014, the Duluth Public Library’s Seed Library in Minnesota has offered the community varieties of tomato, pepper, bean and pea seeds. In addition to the seeds themselves, the library has education and resources about growing and saving seeds and organic gardening. Typically, seed library patrons return some seeds from their harvest to make the library self-sustaining.

Virginia’s Arlington Public Library has an American Girl doll collection available for people to borrow along with related books.

No library service will be of much use if you’re not in good health.

Recognizing this, the Free Library of Philadelphia, one of the largest public library systems in the world, offers myriad health-related options for its patrons. For instance, the library loans health equipment such as blood pressure monitors. It also has resources to help people find health care, sign up for federal benefits and get free or low-cost food.

Beyond traditional health care, the Free Library of Philadelphia also has a Culinary Literacy Center that offers a wide range of programs for eaters of all interests and tastes. At the Parkway Central Library branch, nurses and social workers are on-site every weekday to talk about mental and physical health, answer questions, check your blood pressure and help schedule an appointment with doctors.

But this is not the only library focusing on health. The Miami Library in Oklahoma has made health literacy a central part of its operations, offering everything from diabetes prevention to yoga classes, as well as healthy cooking demonstrations and even a community garden.

This article is republished from The Conversation under a Creative Commons license. Read the original article.