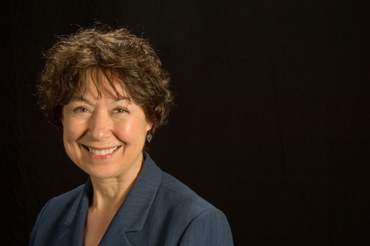 The Institute was founded in 1992 to train computer scientists from developing countries and to prepare them to return to their homes ready to educate the next generation of faculty and researchers. Today, traditional universities are playing that role in places like India and Singapore. Consequently, UNU-IIST, under the new leadership of Dr. Peter Haddawy, has shifted its mission to focus on problems that reflect the contemporary focus and values of the UN: to develop and apply information and communication technologies to the problems of sustainable development.

“As the Institute works to update its mission to have broader and deeper impact on the governments and people of developing nations, we are fortunate to have the leadership of Dr. Dawes as chair of our Advisory Board,” said Peter Haddawy, director of UNU-IIST. “She is one of the world’s leading experts on information and technology use in government and brings to the Board years of invaluable experience developing international research and innovation partnerships with academic institutions and government agencies in the US, Europe, and Asia.”

“I am looking forward to working with the Institute and its excellent staff as they develop this new mission to foster the strategic use of ICTs to support sustainable development,” said Dawes, “UNU-IIST is uniquely poised to make major contributions to improving lives in developing countries through better use of technology in government, education, and civil society.”

Dawes has served as a member of the UNU-IIST board for the past three years. During that time, CTG has also partnered with UNU-IIST’s Center for Electronic Governance in supporting the emergence of their global conference, the International Conference on Theory and Practice of Electronic Governance (ICEGOV). Now heading into its 5th year, ICEGOV has risen to prominence as a multi-stakeholder, global conference, attracting participants from more than 45 countries and providing a rich opportunity to share knowledge among government, academia, industry, and nongovernment organizations.

As the founding director of CTG, from 1993-2007, Dr. Dawes led CTG to international prominence in the field of digital government research. Her research interests are cross-boundary information sharing and collaboration, international digital government research, and government information strategy and management. Her current focus at CTG is international digital government partnerships including an international community building program and a study of transnational knowledge networks, both funded by the US National Science Foundation (NSF). A fellow of the US National Academy of Public Administration, she was elected the first President of the Digital Government Society of North America in 2006. She serves on advisory committees for NSF and the National Archives and Records Administration (NARA). Under her leadership, CTG received several prestigious national awards including an Innovations in American Government Award, sponsored by the Ford Foundation.