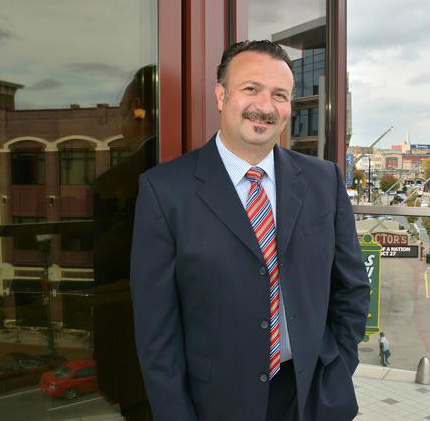 Antonio Civitella’s career began as an intern with James Forth & Associates, a consulting firm. He developed the company’s flagship product, Transfinder Pro. In December 2000, he purchased the company and became President and CEO.

Three years later, Civitella received the Albany Business Review’s 40 Under 40 award as one of the region’s most promising leaders.

Today, Transfinder serves more than 1,700 school districts and has also expanded to become a global company, with an office in Shanghai, China, and serving additional markets, including municipalities.

Transfinder has made Inc. magazine’s list of Fastest-Growing Private Companies in America since 2007. In 2013, Transfinder celebrated its 25th year in business, completed a $7 million headquarters in Schenectady.

That same year, Transfinder received the Center for Economic Growth’s Technology Innovation Award and was named a Best Place to Work by the Albany Business Review.

In 2014, Civitella received the inaugural Entrepreneur of the Year award from his alma mater, Siena College.

Civitella has made substantial investments in the region.

He created a business accelerator called the New York BizLab, and is a member of the Schenectady Smart City Advisory Commission and Live in Schenectady, a group of private investors building new homes in the Electric City.