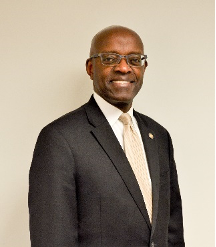 CIO, Attorney General for the State of New York

Moses Kamya, Ph.D., is Chief Information Officer for the Attorney General of the State of New York.

Kamya has more than 30 years of experience in information technology and New York State government. His career has combined his passion for public service and the power of technology to transform the way government delivers to the community it serves. Before joining the Office of Attorney General, he served as CCIO of the New York State ITS Administrative and General Services cluster.

Before rejoining GOER, Moses was an Enterprise Information Architect at the NYS Office of the State Comptroller where he led the development of the Public Authority Reporting Information System (PARIS). Prior to that, he was the Director of the Unemployment Insurance Systems Modernization at the NYS Department of Labor. His career also includes private sector work as a Managing Principal Consultant with Oracle Corporation. Moses started his state career as a student intern at GOER and became Assistant Director for Research and IT.

He is passionate about developing future government IT leadership through his work on the advisory board of the NY Government Technology Conference. He was selected by City and State New York Magazine as one of the 50 most influential leaders in the government technology sector in 2020. He is the recipient of the 2012 Government Technology Best of New York Award (Best Business Application Serving an Agency) and the NYS Governor's Office of Employee Relations Management/Confidential Special Achievement Award.

Kamya earned a Ph.D. in Information Strategy and Management from the Rockefeller College of Public Affairs and Policy, University at Albany, State University of New York. He also earned a B.A. and M.A. in Economics from the University at Albany. He did postgraduate studies in Public Finance and Policy Analysis. He has taught as an adjunct professor at the Lally School of Management and Technology, Rensselaer Polytechnic Institute and Rockefeller College.