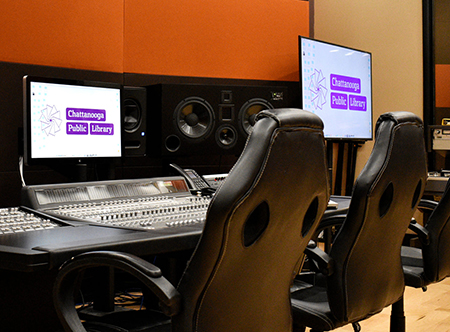 Located in the heart of the downtown area, the Chattanooga Public Library (CPL) was constructed in 1976 and includes 108,500 square feet of conditioned space.

In 2012, the CPL started a strategic planning process aimed at transforming the library into a new and vibrant facility that reflected a culture of change and innovation. The library expanded its service area beyond the Chattanooga residents to include Hamilton County Public School students.

The building was renovated to provide a better environment for the patrons and an open space where users could get together, communicate and connect. Connection to the Gig enabled further innovation in space, programs and services to better serve the community. For example, in 2013, a third of the Chattanooga Public Library’s print collection – encyclopaedias, reference articles, unpopular novels – was sold at a public auction to turn an entire floor into a makers’ lab named the 4th Floor. Later on, in 2014, the CPL began hosting the city’s open data portal. Since then, the CPL has invested in programs and services aimed at turning a traditionally print-centered institution into a community digital hub.