Enabling Smarter Communities: The Case of the Ignacio Community Library 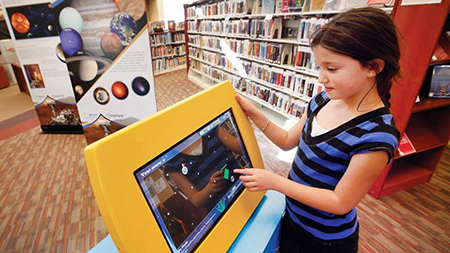 The library now resides in an 11,000 sq. ft. building right in the heart of Ignacio. This new building was constructed in 2006 after the residents within the library district voted to approve a $2 million bond for its construction.

Ignacio has roughly 800 residents and sits in the southwest corner of La Plata County, Colorado. It is located about 24 miles southeast of its closest city, Durango, which has a population of about 18,500. The town and the larger library district can be characterized as rural and somewhat removed from any significant population centers.

The Ignacio Community Library's provision of access to high-speed Internet is foundational to its ability to help build a smart community in Ignacio. From our interviews we learned that the Ignacio Community Library is the only public computer and Internet provider in town. We heard that, "For some of the people in the rural areas where they might not have any Internet, people go there every day, check their emails and access the Internet from the library. So, it's a huge service that they provide."

The library serves a number of different population groups, but the primary beneficiaries are the students from the Ignacio Public School District.