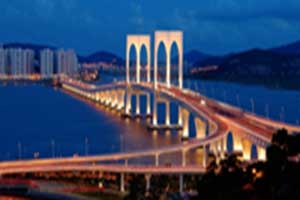 The city, as a government unit, is growing increasingly larger, more complex and more important as the population ranks of urban areas swell with ever increasing speed. According to the UN Population Fund, 2008 marked the year when more than 50% of all people, 3.3 billion, lived in urban areas. By 2030 this number is expected to increase to 5 billion. The unprecedented rate of growth as well as the fact that majority of this growth will happen in the developing world, creates an urgency to finding smarter ways to manage the accompanying challenges and opportunities.  The concept of a smart city is not new, but in the recent years it has taken on a new dimension of using information technologies to build and integrate critical infrastructures and services of a city.

The Smart Cities Service Integration project is funded by the Social Sciences and Humanities Research Council (SSHRC), a Canadian federal agency that promotes and supports university-based research and training in the humanities and social sciences. The aim of the project is to create a framework for service integration for Smart Cities. The international research team includes researchers and graduate students from the US, Canada, Mexico, and China. The project will produce a series of comparative case studies of Quebec City, Canada, New York City, Seattle and Philadelphia, U.S., Mexico City, Mexico, and Shanghai and Macao, China.

The Smart Cities and Smart Governments Research-Practice Consortium is a robust global Smart Cities research community that focuses on innovations in technology, management and policy that change the fabric of the world’s cities.

The aim of this project is to use comparative case studies of several cities investing in integrated service strategies to develop a methodological framework to guide the integration of city services. An additional aim of this project is to build the capacity of graduate students as international researchers by working with an international team of faculty to establish a framework of service integration for smart cities of various sizes. The students will focus on specific policy domains such as environmental issues, health care, or transportation to better understand how smart city systems in use by different types of city-level governments can be integrated to deliver better services to citizens.

The cities to be used for the comparative case studies are Quebec City, Canada, New York City, Seattle and Philadelphia, U.S., Mexico City, Mexico, and Shanghai and Macao, China.

The project is scheduled to run for 18 months with an expectation of additional funding to continue the work in the future. The work will begin with extensive literature reviews conducted by all five teams, which will be incorporated into the development of a common interview protocol for all five case studies. Each team will then conduct a series of interviews in each of the designated cities and produce a comparative case study to inform the design of the theoretical framework for integrated service delivery systems as part of an overall “smart cities” strategy.

This research will advance current knowledge about the integration of information and information systems among city-level government agencies.

This research project is embedded within a larger set of investigations by the North American Digital Government Working Group (NADGWG), which was formed in 2007 by researchers and practitioners from a variety of institutions and disciplines in Canada, United States, and Mexico to advance electronic government research across geographic and political boundaries in the region. NADGWG was supported partially by a grant to CTG from the National Science Foundation Digital Government Research Program for its Building a Sustainable International Digital Government Research Community initiative.

Mexico City is the capital and largest city of Mexico, as well as the largest city in the Americas. With a metropolitan population of 21.2 million people and a land area of 573 square miles, it is considered the world's third largest metropolitan area after Tokyo and Seoul. The city is a federal entity within Mexico and not part of any one of the 31 Mexican states; it serves as the most important political, cultural, educational, and financial center in the country.

New York City is the most populous city in the United States and is considered one of world’s financial, cultural, and educational centers. As many as 800 languages are spoken in New York City, making it the most linguistically diverse city in the world. The New York metropolitan area's population is estimated at 19.1 million people distributed over 6,720 square miles.

Macao is, along with Hong Kong, one of the two special administrative regions of the People's Republic of China (PRC). Under the policy of "one country, two systems," the PRC's Central People's Government is responsible for the territory's defense and foreign affairs, while Macao maintains its own legal system, police force, monetary system, customs policy, and immigration policy. Macao is the most densely populated region in the world, with a population density of 18,428 persons per square kilometer. 95% of Macao's population is Chinese; another 2% is of Portuguese and/or mixed Chinese/Portuguese descent, an ethnic group often referred to as Macanese.

The city of Seattle is the largest city in the Pacific Northwest and in the state of Washington. The 2010 census found that Seattle is home to 630,320 residents within a metropolitan area of some 3.4 million inhabitants. Seattle has particularly strong information technology, aviation, architecture and recreational industries. It is particularly known for its "green" technologies, stemming in part from the strong and relatively non-controversial stances its public leaders have taken on policies regarding urban design, building standards, clean energy, and climate change.

Philadelphia, with population of 1.5 million, is the fifth most populous city in the United States and the largest city in Pennsylvania. Philadelphia is also the commercial, cultural, and educational center of the Delaware Valley, home to 6 million people and the country's fifth-largest metropolitan area. In the last 30 years, Philadelphia has transitioned from being a manufacturing powerhouse to an information and service-based economy. With a gross domestic product of $388 billion, Philadelphia ranks ninth among world cities and fourth in the nation.

Quebec City is the capital of the Canadian province of Quebec and is located within the Capitale-Nationale region. It is the second most populous city in Quebec after Montreal, which is about 145 miles to the southwest. As of the 2006 Canadian Census, the city has a population of 491,142, and the metropolitan area has a population of 715,515. While Montreal is considered by many to have a bilingual population, in which many of its residents have a working knowledge of both French and English, Quebec City and its surrounding region are largely Francophone.

CTG In the News

The project is supported in part by a grant from the Social Sciences and Humanities Research Council (SSHRC), a Canadian federal agency that promotes and supports university-based research and training in the humanities and social sciences. Additional support comes from each of the institutions involved in the project; University of Laval, CIDE, UNU-IIST, Fudan University, and the University at Albany/SUNY.